We had a great time last weekend in Connersville, Indiana on the Polar Express.  If you have not seen the movie or read the book then go out and get them for your kids right away, especially before the Christmas holiday.  This sells out every year, so if you are looking to get tickets for next year go to their site and get on their email list for updates.  We purchased our tickets back in August, as last year I made the mistake of waiting until October.  They were sold out at that point.  This is definitely a great experience for the three to six year old range.  I’ll explain more later.  My assistant, Laura and her son Westin went with us, so it was fun to be able to just hang out.  Yes to answer your question…we both did have our cameras. 🙂

Blake was in train heaven…He loves the anything to do with trains or with Thomas the Train, so when we got there he was already asking where the “ductor” was…”All board”…”All board”…he kept saying over and over…We probably could have just hung out in the train station gift shop for an hour or so and he would have been fine with that.

Now Cole on the other hand, being his analytical little self, was pretty curious as to where they would be taking us.  So he asked the lady at the gift shop where we were going.  She told him that they were taking us to the North Pole to see Santa.  I knew at that moment that it better be pretty impressive or there would be no way that he would buy that.  I was right.  There were all kinds of inflatables out in front of Santa’s house.  Cole said, “This isn’t the North Pole.  They got those at Menards.”  Then when they stopped the train because there was a herd of caribou on the tracks he said, “Don’t they know that caribou don’t live in Indiana?”  Cole is six, and he is very specific and analytical, not in a weird way, but in a sense that he knows that certain things have to make sense to him for them to be so.

This was definitely a great experience to see the chefs “surfing” while serving the cookies and hot chocolate, the conductor, and the “ghost man” as Blake likes to call him all in our car.  They were all great with the kids!  I hope that you can experience this with your kids some day if you haven’t. 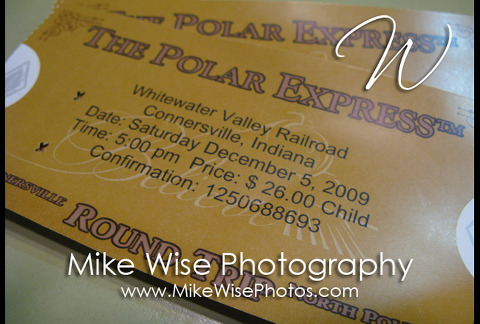 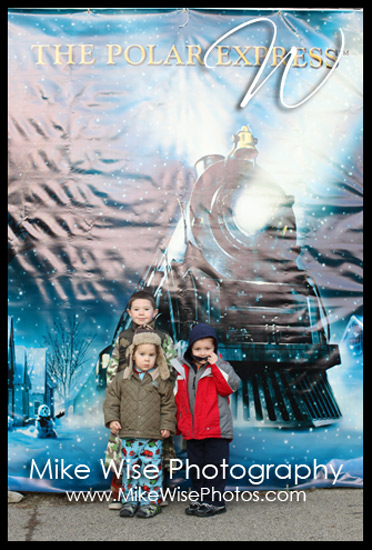 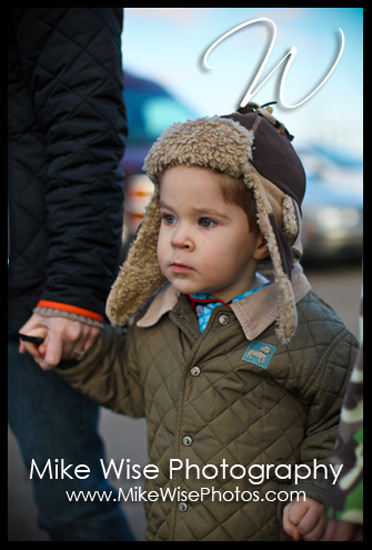 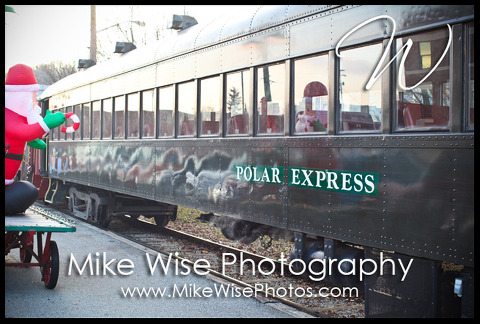 All aboard the Polar Express…better have your ticket! 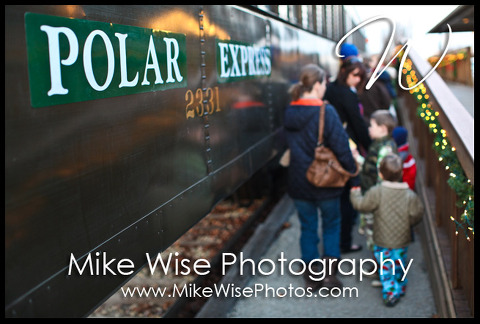 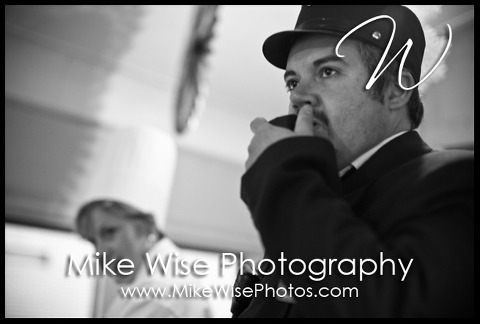 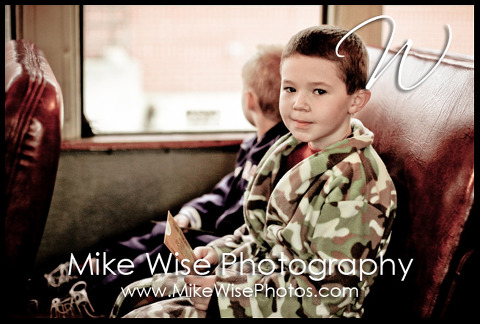 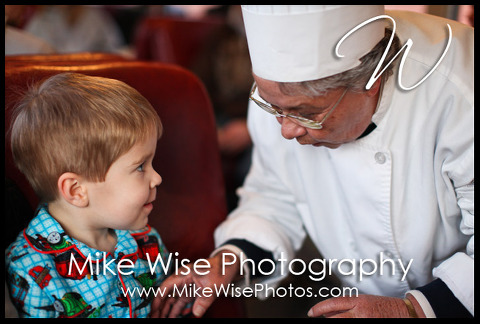 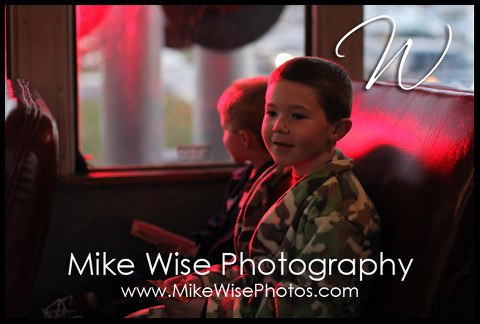 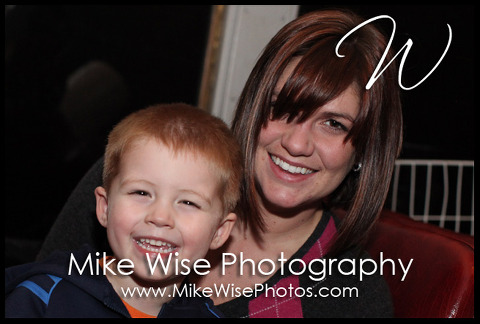 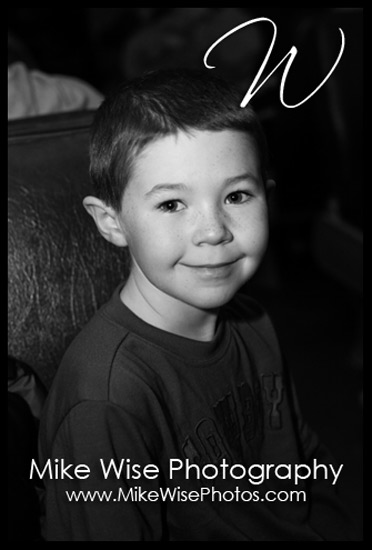 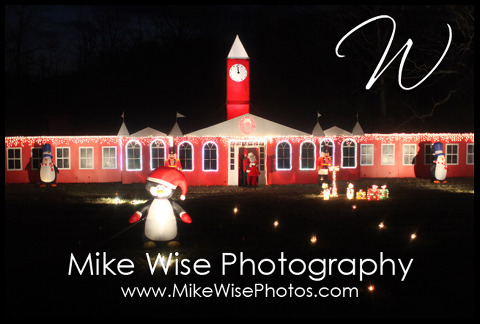 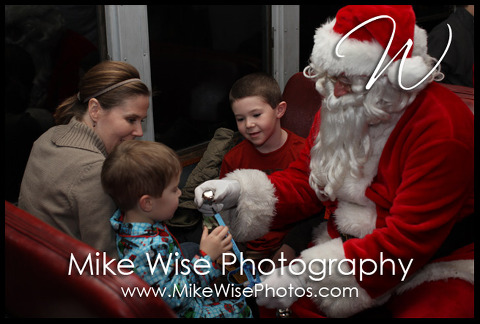 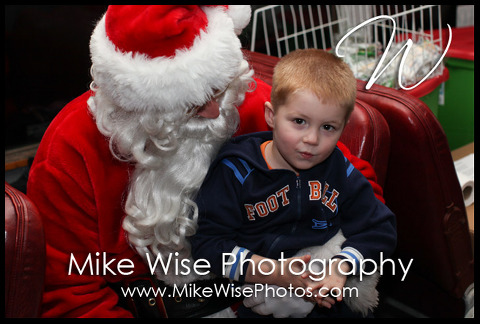 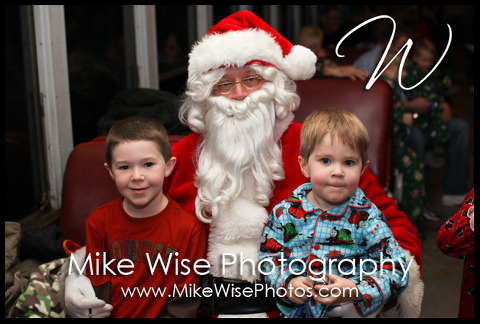