I was out last Friday evening to shoot the Senior Night activities for Northwestern High School’s varsity football team.Â  This was such a special evening because one of their players has just recently been diagnosed with a form of cancer.Â  That person is Eric Metz.Â  I took Eric’s senior pictures this summer and he is one of my “senior reps” of the class of 2008.Â  He is one of those guys that is not a man of many words, but when he does speak it is from the heart.Â  I know he knows how many people are praying for him. :)Â  But I also think he should know how many people are looking up to him for his determination and his faith.Â  I cannot say anything more than what hasn’t already been said on his website.

I shot some of the game as well.Â  I think that anybody who shoots weddings or kids should have to try to shoot sports at least once in a while.Â  This was actually my first try at shooting a football game, so I was a little jumpy when I saw the play coming my way.Â  I didn’t want to have to call my bride on Saturday morning and explain to her that I would not be attending her wedding because I had my legs broken when I was trying to shoot a football game and a play ran me over.Â  I had a couple of experts guiding me along the way (Jim HuntÂ from AP1.netÂ and Erik MarkovÂ from the Kokomo Tribune), but I think Jim made a couple of jokes about me running out of the way. 🙂

I think being an actionÂ sports photographer would be one of the toughest, if not the toughest of jobs in the photography world.Â  There are so many variables that you can’t control.Â  Luck, the action, your position,Â and timing all play such a key role in getting a great shot.Â  This is true in wedding photography as well, butÂ it is so much more predictable than when you are playingÂ on a hundred yard field.Â  My hat is off to all of you who shoot sports.

Don’t expect to see me on too many football fields. 🙂 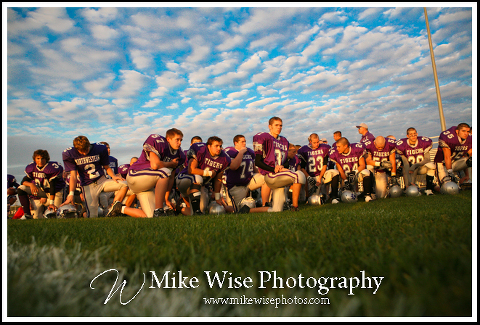 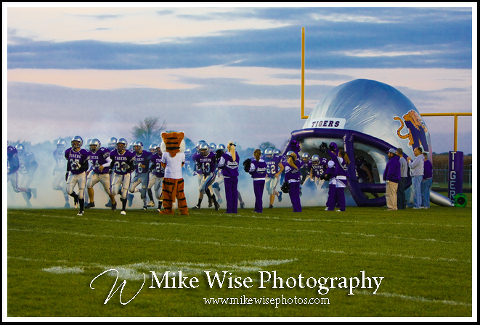 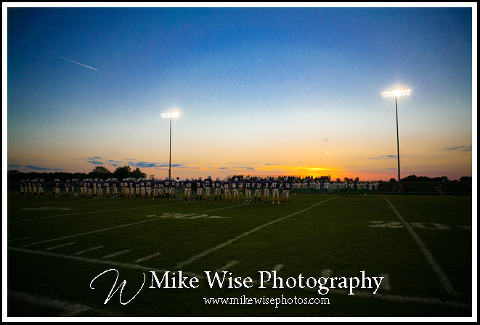 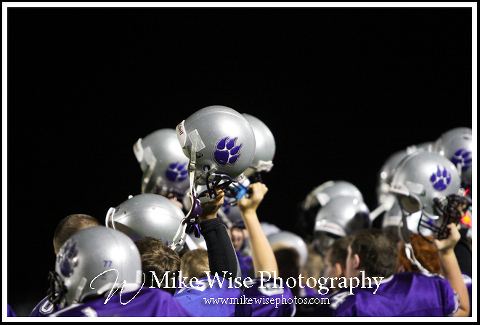 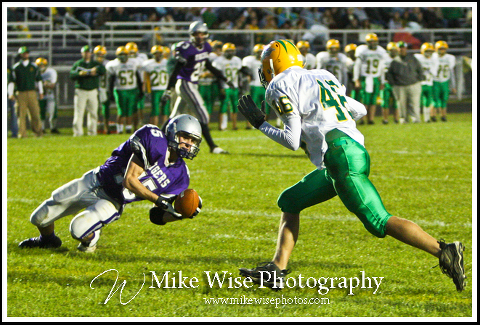 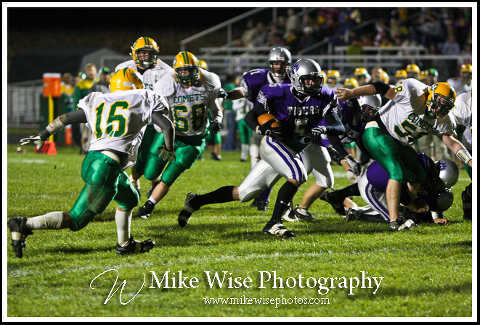 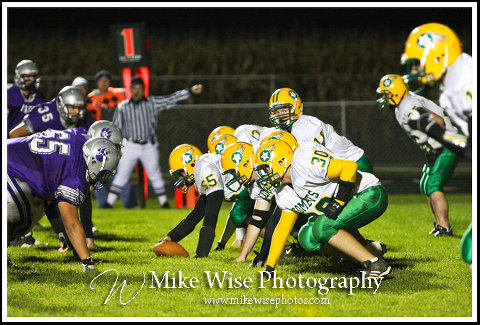 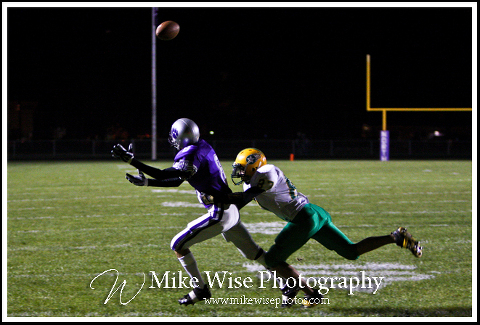 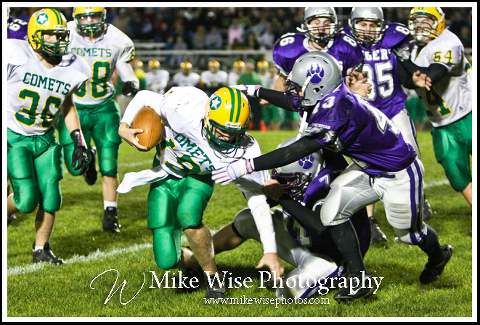 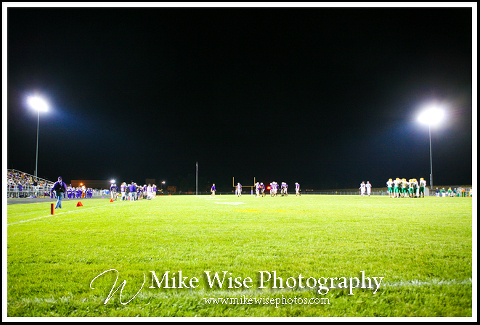 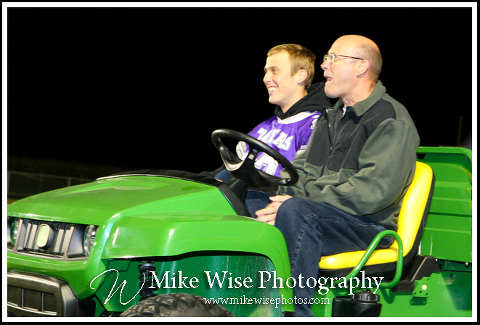 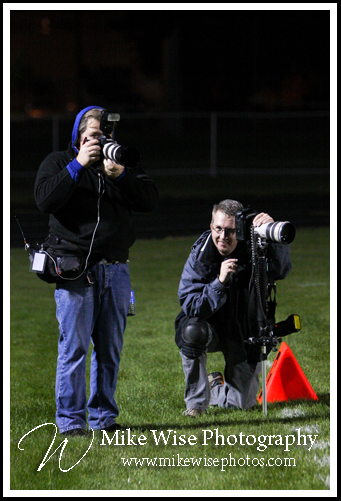