Snowboarding would probably have never been something that I would have ever dreamed of doing, or wanting to do again for that matter.  I hate being cold, I don’t like snow, and the thought of twisting my knees or shoulders all up really doesn’t sound that fun.  The first time that I tried took about four to five hours before I was able to go down the easiest hill without falling every 15 feet.  My arms and legs hurt so bad the next day that I almost couldn’t walk or raise my arms.  But now it is a totally different story.  I have found that when I am snowboarding that I forget all of that stuff for a while.  It is now something that I really love doing.  I am hoping that in the next year or two that I can get out to Colorado to someplace like Vail, Aspen, or Breckenridge.

The fact that I am flying down the slopes strapped to a plastic board seems hilarious to me, but then when you watch someone who can really fly there is just a feeling of such control and precision.  I have gotten to the point now where I can handle the black diamonds without the fear of losing control and flying off into the trees or better yet running into someone else going MACH 3.  It is really a game of inches.

We went to Bittersweet Ski Resort in Kalamazoo, Michigan for the first time.  It was a really nice resort with plenty of lifts and slopes to enjoy.  It was a pretty short drive for us, so that was a good choice.  The temps were in the 32-36 range, so it took the cold factor away.  I admit that I was bundled up in my Under Armour Coldgear and my North Face gear as well.  So that helped a lot.  Remember for me anything under about 50 is COLD!

We hit a couple of really good restuarants and pubs while were there as well.  Bell’s Brewery Inc was really good.  Wendy tried an apple ale that she loved, and I tried a raspberry ale that was really good as well.  Then we hit the Olde Peninsula Brew Pub on the corner.  It was definitely worth the stop.  We also hit Zeb’s Trading Co. to round out the trip.  All were very good and highly recommended.

I grabbed some shots with my iPhone… 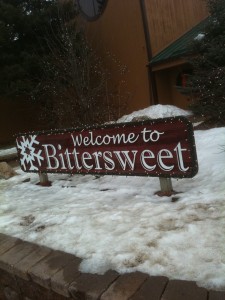 Wendy is a very good skier, so this time she tackled the snowboard… 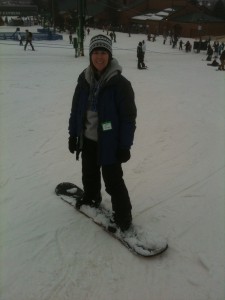 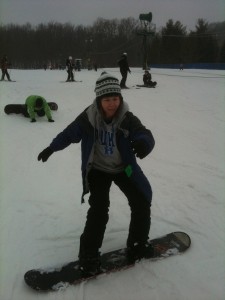 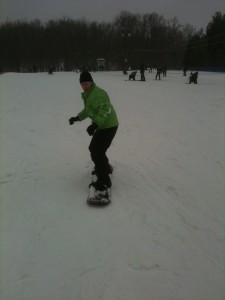 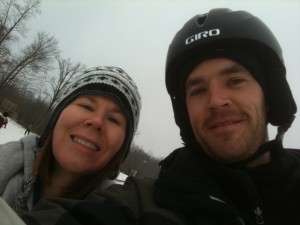 Yes, I wear a Giro helmet.   I figure that I would rather be safe than sorry.