I finally got to shoot some photos at my son’s soccer game this weekend.Â  I have been helping with the team, so I had not had a chance to bring my camera along.Â  I want to thank Coach James for letting me shoot instead of helping with the subs.Â  I also try to corral the players on the sidelines.Â  I laugh at the thought of being a soccer “coach.”Â  I think my knowledge of soccer could fill a spoon, but I try to make up for it with enthusiasm. :)Â

It is a funny because the players always ask me if we won the game after it is over.Â  I always tell them of course we did.Â  I don’t know if they realize that we don’t keep track of the number of goals.Â  It is cool because even though they think they win they are more concerned about the snacks after the game.Â  How cool to be little again… 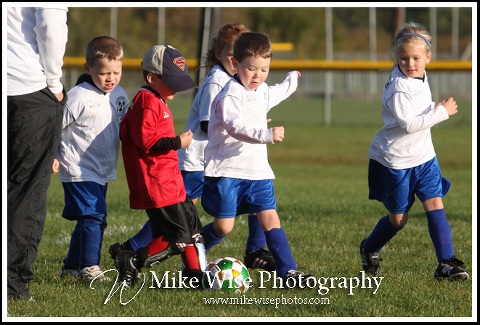 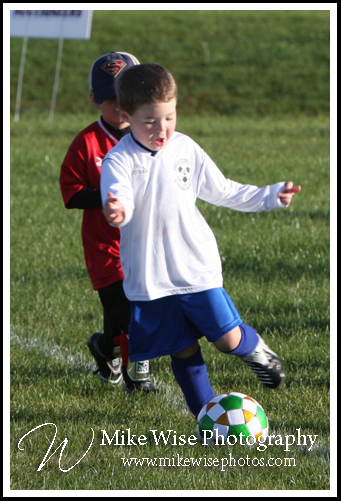 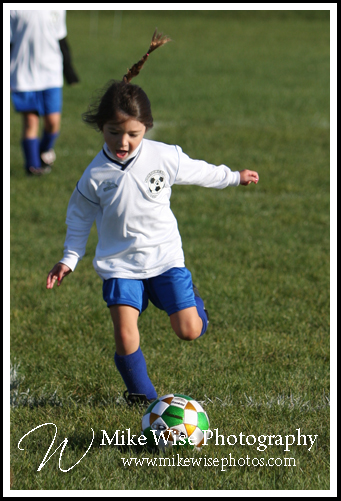 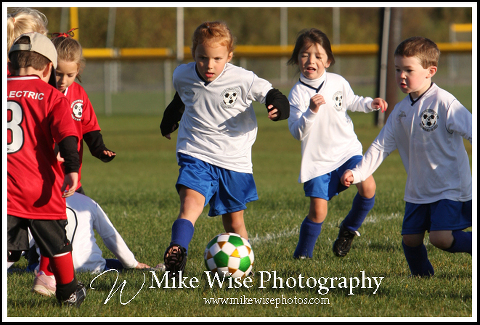 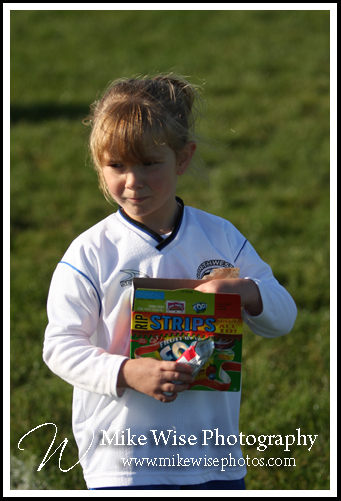