Next up to bat…Crash Davis

Indianapolis, Indiana – I kept expecting to hear that as they were announcing the next batter for the Durham Bulls.Â  That is aÂ Bull Durham reference if have youÂ not seen the movie.Â  My wife and I took Cole, our five year old son, to his first Indianapolis Indians game yesterday.Â  We wereÂ directly behind home plate, so it was a great view of the entire stadium.Â  I was impressed as Cole lasted through the 7th inning before he started asking when it would be over.Â  We finished up the evening eating at Red RobinÂ at Clay Terrace.Â  We alsoÂ had to go to Dick’s Sporting Goods so that Cole could look at their “hunting” stuff.Â  Don’t ask where this is coming from, but for some reason he is now into hunting.Â  Fishing, hunting, and CAMO are on his mind all the time.Â  So we checked out the crossbows, the fishing supplies, and the camouflage clothing.Â  It is hilarious to me because I have zero camo and zero hunting experience, so when he wants me to watch BowHunter with him on ESPN2 I just have to laugh.Â  But that is one thing that I try to make sure that I look at his interest in this as being very important to him even if it is not an interest of mine.Â  I think too many times parents want their kids to do what they want them to do.Â  It is just hard sometimes. :)Â  I guess if he really gets into hunting someday when he is older I could always just take my camera and 300 lens and get some great shots of deer, geese, ducks, or whatever the heck else people hunt.Â  I will just have to wear my wedding “ninja” outfit so they don’t see me coming. 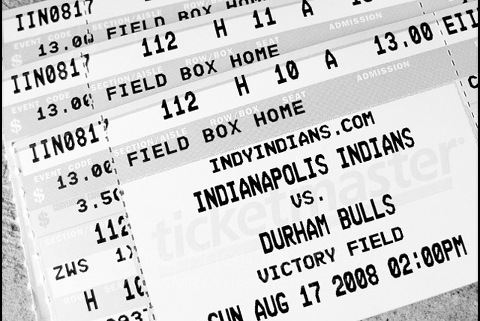 I figure that this might be one of the last times to see the RCA Dome.Â  Lucas Oil Stadium is now in full swing, so the Colts will no longer call the RCA Dome their home. 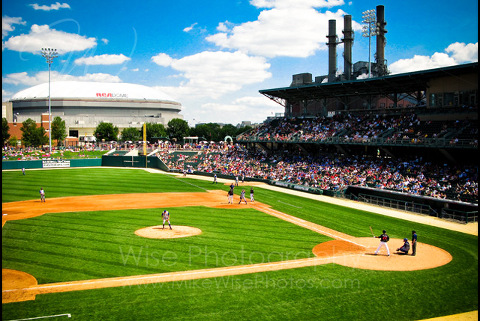 Cole and I hanging out… 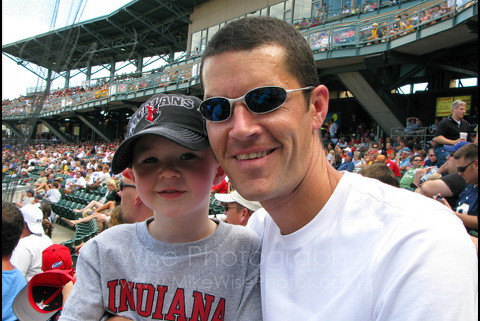 Up next summer….Chicago Cubs and Wrigley Field.