This year’s OSP Indy was held at the Omni Severin in downtown Indianapolis.Â  It was a ton of fun and I am looking forward to next year’s festivities already.Â  For those of you who don’t know this is a large group of awesome photographers who are very giving in their time and their knowledge.Â  There were several presentations as well as shooting opportunities.Â  The best part of this is that I got to hang out with some of the coolest people.Â  Most of these people I know from their blogs, their websites, and their wedding photography.Â  So it is great when you can start putting a face and personality with all that.Â

The firstÂ day included KevinÂ Swan presenting a session onÂ KISS Albums.Â  We then went to the RAM Brewery that eveningÂ and hungÂ out there for a while.Â  We then went back for a “photobooth” session.Â Â Then weÂ ended up at a place that I am not really sure where it was…That sounds bad, but it was a business that had a rec room built in with poker tables, cornhole (which Jim Cook and I lost to Sticky and his wife Brandi twice), ping pong (I had a goodÂ match with Romero), and probably some other stuff that I can’t really remember right now.Â  For some reason darts and remote control cars with Timco seem to be ringing a bell.Â Â Anyways…it was a fun time.

Day two included Brandi Brown speakingÂ about photographing babies and kids.Â  I met Brandi last year.Â  She is such a sweet person.Â  Jennifer Driscoll then presented on shooting maternity sessions.Â  I will be posting a few shots of Jennifer in my next post in a day or so.Â  Let’s just say that Jennifer may be trying out for the next round of the Olympics.Â  Lunch was fun as we ended up with Alcapolco Joe’s.Â  The Nudd’s joined us with Lil’ G mixing up a special hot sauce.Â  Turtle Nate added some of his help, but I am not sure if Joy felt as though he was helping. :)Â  The afternoon session was a group shooting session that was very similar to VH-1’s “The Shot”, so if you are a fan of that show you will want to check out my next couple of posts.Â  I will explain more later.

Kerri and Kelli show off their bad ass shirts! 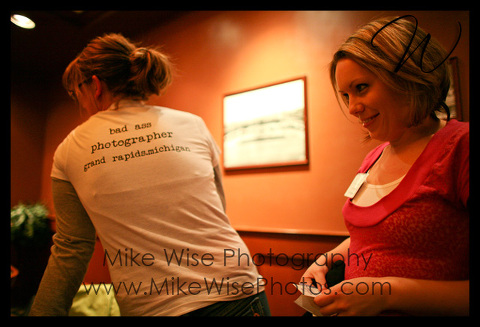 Self-shot from Jessica and Lauren. 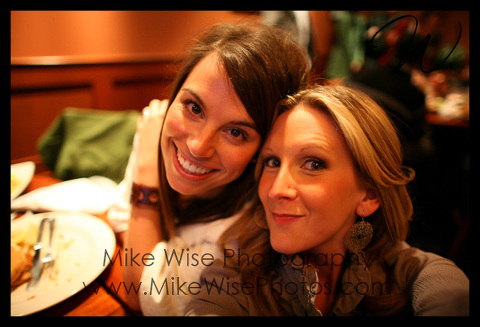 KC giving the finer pointsÂ of shootingÂ a photo booth. 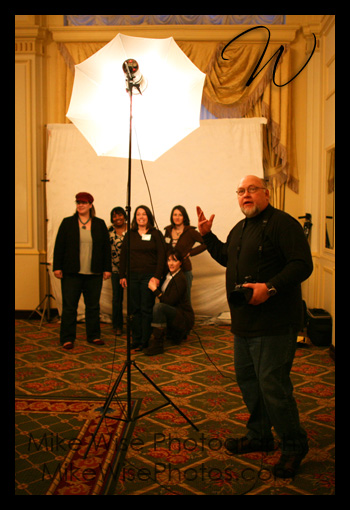 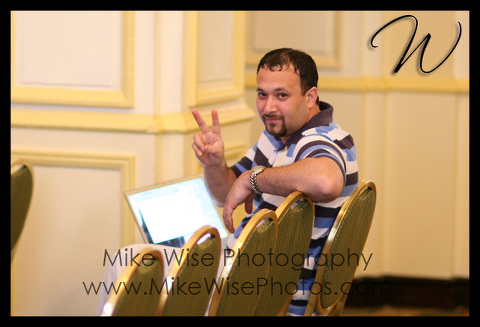 Jim with the World Famous Dan Watkins…I am glad we cannot see what is on that screen. 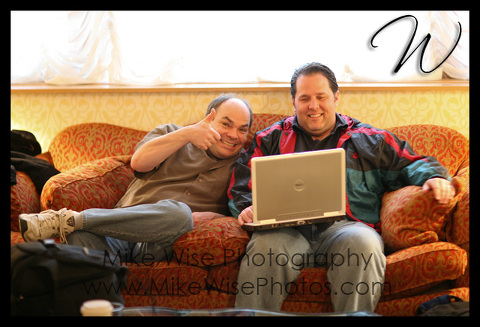 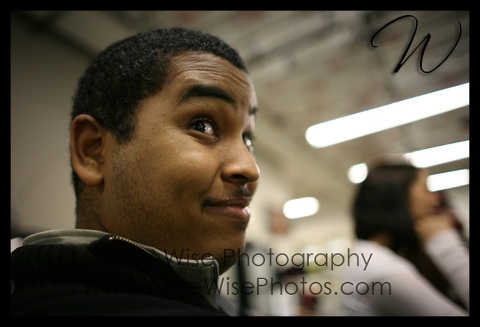 I think Jim was about to eat my camera!! 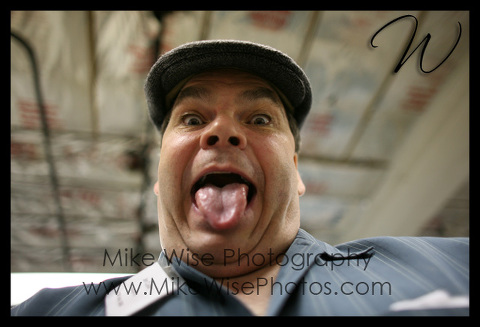 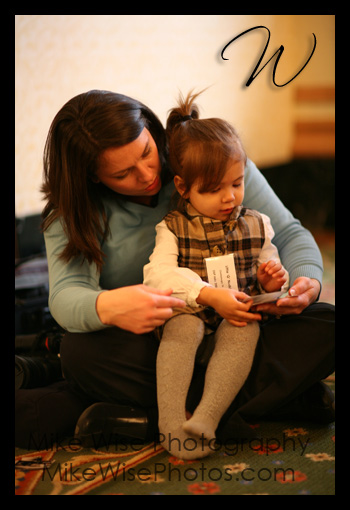 Everybody at the maternity session…